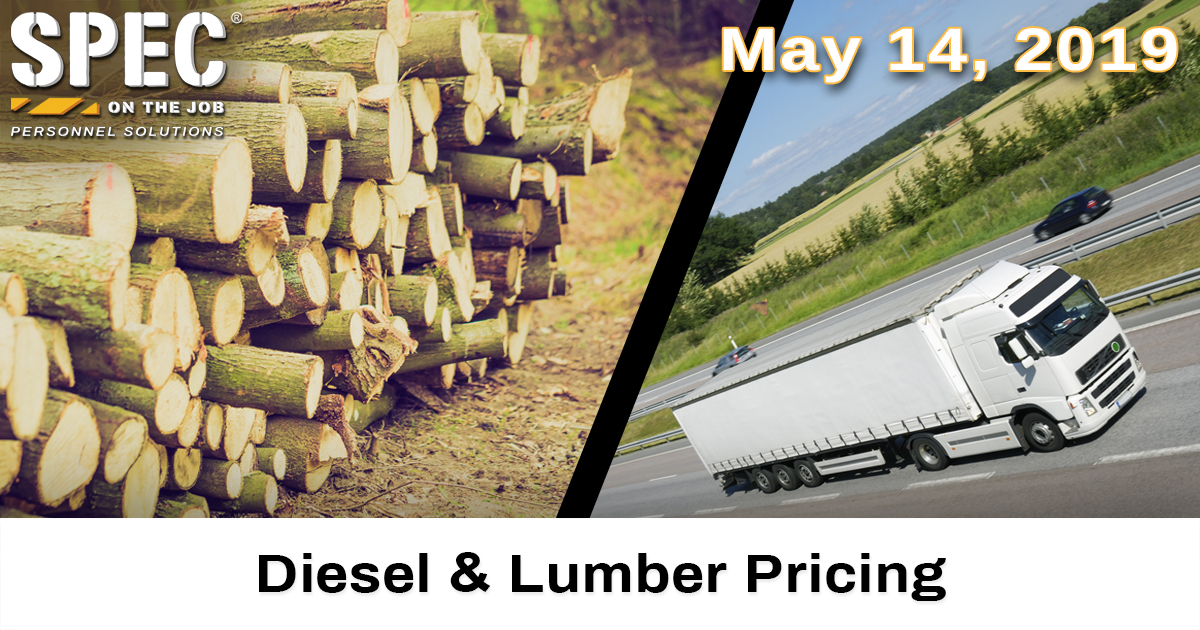 Oil futures fell this week amid worries about the escalating trade war between the United States and China.

Oil prices were pressured by an overall slump in stock prices as China announced that it will impose higher tariffs on some U.S. goods, such as liquefied natural gas and certain food items. China made the move after the U.S. raised tariffs on $200 billion in Chinese imports last week. According to a survey by CNBC, wage growth will continue to rise even higher than the already employment income numbers seen in April’s jobs report.

85% of North America-based CFO’s surveyed by CNBC cited the cost as labor as their biggest expense going forward. That number is up 56% from the last survey conducted in December 2018.

Minimum wage increases in some cities and states is helping to fuel the sudden increase in wage growth. 19 states and 21 cities have raised their minimum wages in 2019.